Its been an eventful weekend for us starting with the Backstreet Boys concert on Friday night at the Hydro. A couple of our best friends had 2 spare tickets and kindly offered them to us for free! Initially I thought ‘well I probably wouldn’t pay for them but if they’re free sure why not!’ In hindsight I couldn’t have been more wrong.

The gradual progression of appreciation was remarkable. At first I was just smiling and enjoying the beers and free tickets, firmly in the denial stage of ‘not actually a backstreet boys fan’. Next I was nodding along thinking the dance moves were quite impressive, the ‘surprised’ stage.  The realisation that some of the tunes were absolutely banging brought me to the confusion stage, and finally I realised I was in acceptance when I was standing up belting out ‘one more tune’ (by myself) at the end! Since then I’ve had backstreet boys on in the kitchen non stop and Im seriously contemplating ordering my ‘Backstreets back – alright!’  T-shirt online. Next time ill be pre-ordering the concert tickets. 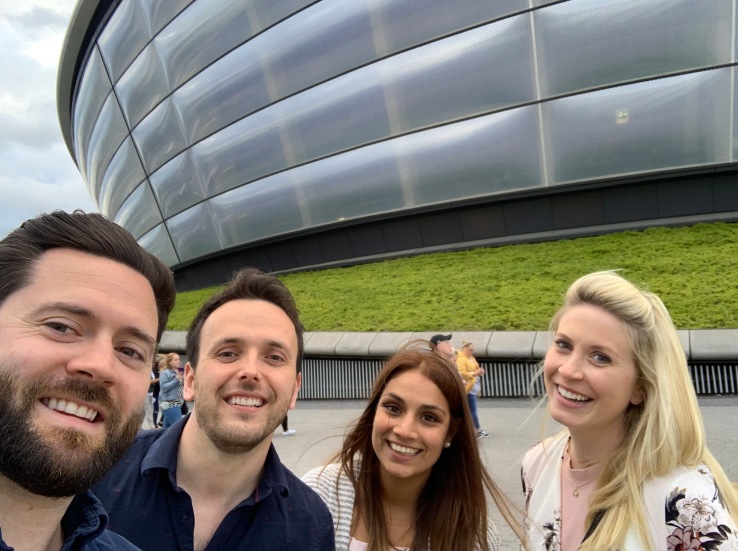 Yesterday it was Raashi’s birthday too so we celebrated by taking the girls to see Aladdin in the cinema. Will Smith as the genie was very good and I’m sure Robin Williams would have been proud of his effort!

Today being fathers day I’ve enjoyed a lie in until 10am. Mila made me a nice hand painted card at nursery and both girls Mila and Sienna (Raashi) bought me a donation gift of 3 footballs to a Unicef refugee camp which I thought was a lovely idea.

Im excited to start packing later as we’re off on holiday tomorrow for a week to Turkey. It’s all inclusive so diet will likely be breakfast, then pizza, then lunch most days. My aim is to exercise at least once or twice when im out there, we’ll see how that goes 😕.

Work is in good hands with our amazing staff. We set ourselves a target recently of reaching  100 google reviews and 100 Facebook recommendations by the end of June. We’ve smashed the google target and now sit at 103 reviews, with an overall 5.0 rating.

For Facebook we’ve got 10 to go to reach our goal, so if your happy with the service and care received from us ‘quit playin’ games with my heart’ and help us get there 😁

Have a good week everyone,

We are a family run dental practice in Glasgow. We offer all types of NHS and Private dentistry and pride ourselves on our treatment of nervous patients in particular - having won 'Best Treatment of Nervous Patients for 3 years running at the Dentistry Scotland Awards (2016, 2017, 2018) as well as Best Team and Best Practice UK 2019 at the UK dentistry awards! Dental Implants and Invisalign providers in Glasgow. Call us on 01415573488. View all posts by Tiwari Watson Dental Care